Showing posts from December, 2019
Show all

Please read these fines below. It appears that violating city conflict of interest rules results in a minor slap on the wrist. Many cases that result in a fine that is never paid and also reductions due to not able to pay.  When do we do that for homeowners? See  https://www1.nyc.gov/assets/coib/downloads/pdf2/enf-docs/Enforcement_Fines.pdf See  https://www.seethroughny.net/payrolls/138102820   one of the city employees who was a city employee plus did business with the city as a private business (a conflict of interest) is paid over $200K as a firefighter. Who is tracking these payments??? This is a salary of $85K and actualyearly pay of $202K   Where is the explanation? If we need that much overtime, that seems like a mismanagement issue. Harper, Kievon Y Fire Department $202,815 Fire Department   Title Firefighter Rate of Pay $85,292 Pay Year 2017 Pay Basis Annual Branch/Major Category New York City ---------- Forwarded message --------- From: Katherine Miller < KMiller@coib.nyc
Post a Comment
Read more

Towaki Komatsu: I don't trust any of you (referring to the New York City Council"

December 21, 2019
See https://www.youtube.com/watch?v=peAgTO_sLf4&feature=youtu.be&t=9850 https://www.docketbird.com/court-documents/Community-Housing-Improvement-Program-et-al-v-City-of-New-York-et-al/Letter-dated-October-8-2019-from-Towaki-Komatsu-to-Judge-Brodie-requesting-that-the-motion-to-intervene-be-granted/nyed-1:2019-cv-04087-00042 Towaki Komatsu 802 Fairmount PL Apt. 4B Bronx, NY 10460 Tel: 718-450-6951 E-mail: Towaki Komatsu@vahoo.com October 8, 2019 United States District Judge Margo Brodi United States District Court 225 Cadman Plaza East Brooklyn, New York 11201 Re: Community Housing Improvement Program v. City of New York, No. 19-CV-4087 (MKB)(RML) (E.D.N.Y.) Dear Judge Brodi, The letter dated 10/4/19 that Michael Berg of the New York State Attorney General's fi led in this action is a nullity. This is mainly because he didn't request my consent to receive any fi lings in this action fi -om him via e-mail and I haven't consented to that. Since he is an attorney, this
Post a Comment
Read more

December 18, 2019
Misuse of City Resources. The Director of  Information Services in the Enterprise Infor- mation Technology Services Department  (EITS) at H+H was responsible for managing  EITS pool vehicles. He was not authorized to  use pool vehicles for his personal commute.  Nevertheless, during an eleven-month peri- od, he regularly used pool vehicles to com- mute between his workplace in Manhattan  and his residence in Queens. He also made  four unauthorized personal trips in close  proximity to his home on days he was not  working for the City. The Director paid a  $5,500 fine, which took into account that his  official responsibilities included safeguarding  the proper use of EITS pool vehicles.
Post a Comment
Read more

December 15, 2019
A very sad day when a voice of truth dies.  See  http://bit.ly/thanksfornothingaoc and look for a video with Mr Rohatyn speaking the truth. https://theunionjournal.com/felix-g-rohatyn-financier-who-piloted-new-yorks-rescue-dies-at-91/ Just after the Fed's chairman, Arthur F. Burns, returned by a meeting with European leaders and cautioned Mr. Ford of this threat to international financial markets failed the White House agree to the loan guarantees. Mr. Rohatyn was hailed for standing up to Mayor Beame as well as due to their ability to achieve agreement with bankers and union leaders alike. However, the chaos — a strike by sanitation workers, a tide of police layoffs, increases in transit , the imposition of tuition fees for the very first time in the City University of New York and, most importantly, the reduction of town liberty, yet temporary — redounded for decades. The catastrophe didn't abate until 1978, when Mr. Rohatyn invented a Student financing bundle, which traded
Post a Comment
Read more

Dashboard that NYC Council has in their lobby 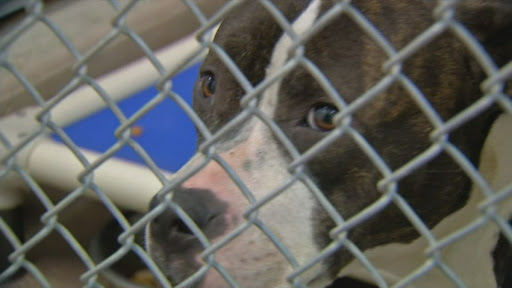 see  https://www.nbcnewyork.com/news/local/top-new-york-city-earners-overtime-double-pay-annual-salary/232319/ Top NYC-Paid Earners More Than Doubled Salary Through Overtime: Report Published at 10:11 am on August 3, 2017     Ad:  0:27 Share Expand The overtime counts don't include payments to undercover law enforcement. More than 300 employees of the city are doubling their annual salary by racking up overtime, according to a report.  Workers in the Department of Corrections make up nearly half of those people earning more in overtime than in base pay so far in 2017, according to public records available on  See Through NY.   Top earners so far this year include: A correction officer who's made $373,900 so far this year; his annual salary is $82,000.  An NYPD officer who's made $371,380 so far; his annual salary is $85,290.  A corrections department engineer who's made $344,771 so far; his rate of pay is $556 on a daily basis. A teacher who's made $326,640 so far;
Post a Comment
Read more

NBC News: Mom whose baby was ripped from her arms by officers to get $625K

December 14, 2019
Amazing how New York City gives away taxpayer money and abuses the people in the city.   We definitely need a new administration.   NBC News: Mom whose baby was ripped from her arms by officers to get $625K. https://www.nbcnews.com/news/us-news/mom-whose-baby-was-ripped-her-arms-officers-nyc-get-n1102226
Post a Comment
Read more

More conflicts of interest.  It is amazing what level of detail the spying machine operates in our city. ---------- Forwarded message --------- From: Katherine Miller < KMiller@coib.nyc.gov > Date: Thu, Dec 12, 2019 at 11:49 AM Subject: COIB Settlements Announced To: Katherine Miller < KMiller@coib.nyc.gov > FOR IMMEDIATE RELEASE: December 12, 2019 CONTACT : Katherine Miller at  kmiller@coib.nyc.gov or (212) 437-0741   The New York City Conflicts of Interest Board (the "Board") announces three settlements.   Use of City Time & Use of City Resources.  A now-former Assistant Technology Evaluation Coordinator at the New York City Department of Education ("DOE") also owns and operates an interior design business.  Over the course of five years, the Coordinator used her DOE computer to download and store more than 8,000 files for her interior design business and occasionally used a DOE photocopier to make copies for her
Post a Comment
Read more

Look at this.  City employees are using other city employees as their personal chauffeurs and the only penalty is a 30 suspension and some money and demotion.   Amazing what about the voice of the tax payer that is paying for all this? The homeowners get a greater than 6% increase in property taxes each year while inflation is near zero and city workers only get a slap on the wrist. I'm sure they  keep their pensions.  Amazing! ---------- Forwarded message --------- From: Katherine Miller < KMiller@coib.nyc.gov > Date: Tue, Dec 10, 2019 at 11:57 AM Subject: COIB Settlements Announced To: Katherine Miller < KMiller@coib.nyc.gov > FOR IMMEDIATE RELEASE: December 10, 2019 CONTACT : Katherine Miller at  kmiller@coib.nyc.gov or (212) 437-0741   The New York City Conflicts of Interest Board (the "Board") announces two settlements.   Use of City Position & Use of City Resources.  Over the course of 19 months, a New York City Depar
Post a Comment
Read more

More elections due to redistricting

December 08, 2019
Did you know that in the 2021 upcoming council person election, that they seem to only serve for 2 years and must be re-elected, it appears. yet again in 2023. See  https://en.wikipedia.org/wiki/New_York_City_Council Council members are elected every four years, except for two consecutive two-year terms every twenty years to allow for redistricting between the terms due to the  national census  (starting in 2001 and 2003 for the  2000 Census  and again in 2021 and 2023 for the  2020 Census ). [1] This seems to only affect council persons since the district lines for mayor etc. appear to be unaffected.
Post a Comment
Read more

December 05, 2019
We should do something similar for the Department of Finance explaining how assessment changes are done equitably. Etc.
Post a Comment
Read more
More posts